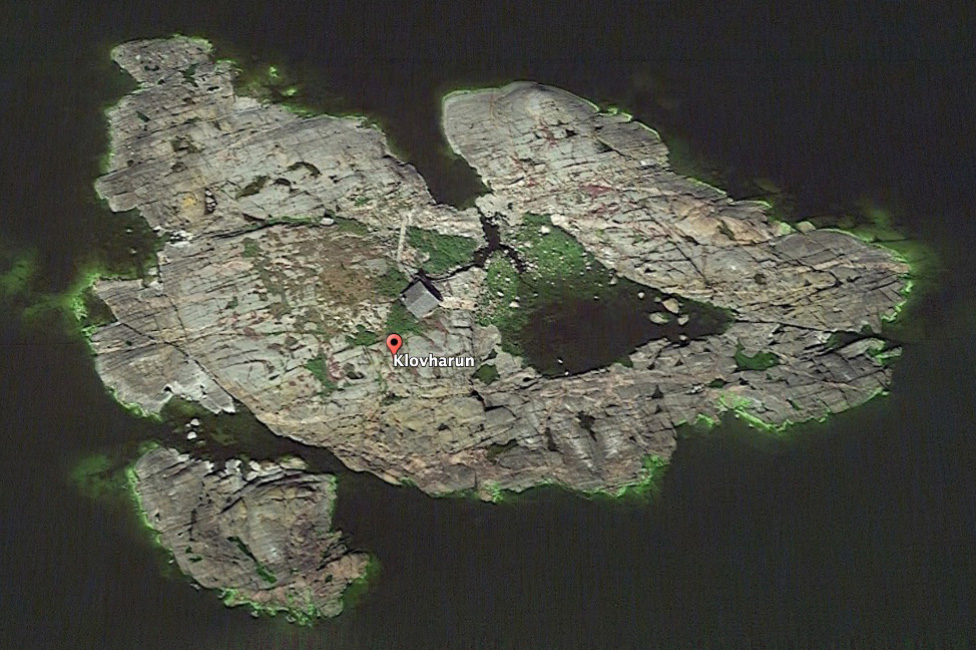 A tale of two bridges: Part Two
by Andy Corrigan

The playful sense of pleasure on which Part One ended, brings me back to the intimate sensation I experienced when crossing the two rivers, which also evoked the work of author and artist, Tove Jansson (b.1914 - d.2001). Whilst she might seem a strange choice of inspiration when considering the work of Constable, there is something distinctly Moominvalley-like about Constable’s style, and maybe even some of the people in them. Is that Snufkin I can see walking into the ‘Autumnal Sunset’, perhaps he wants to over-winter in Stratford St Mary having spent a fun-filled summer in East Bergholt?

Joking aside, perhaps Jansson and Constable share some commonality in their themes, philosophies and methods? Both were but little people living in big landscapes, who used their art to share their arcadia. Rather than looking at how she approaches scale in her better-known created landscape, which would be easy enough, as Sniff once said in ‘Comet in Moominland’, “I like small adventures. Just the right size”, I want to explore some more nuanced work written with adults in mind. In 1972, Jansson published ‘The Summer Book’ and, subsequently, several collections of short stories for adults which “as with all of her writing, […] are honed to their essentials” as Hanna Ylostalo describes in her biography.

One anecdote, a parable perhaps, that exhibits Jansson’s nuanced undertones of scale also strikes a chord with the heat and drought that we ourselves have experienced this summer. Sophia’s father cultivates a garden on the island, doing away with the endemic flora and importing soil and a host of comparatively exotic plants to the island. The humble naturally occurring plants, acclimatised as they were, could make do with the odd small cup of water that Sophia’s grandmother would slosh over them if it was dry. However, the landscaping undertaken by her father needed more water than the little island could provide, and so during a drought they must go on an expedition to fill up ‘The Enormous Plastic Sausage’ with water to bring back to the island. 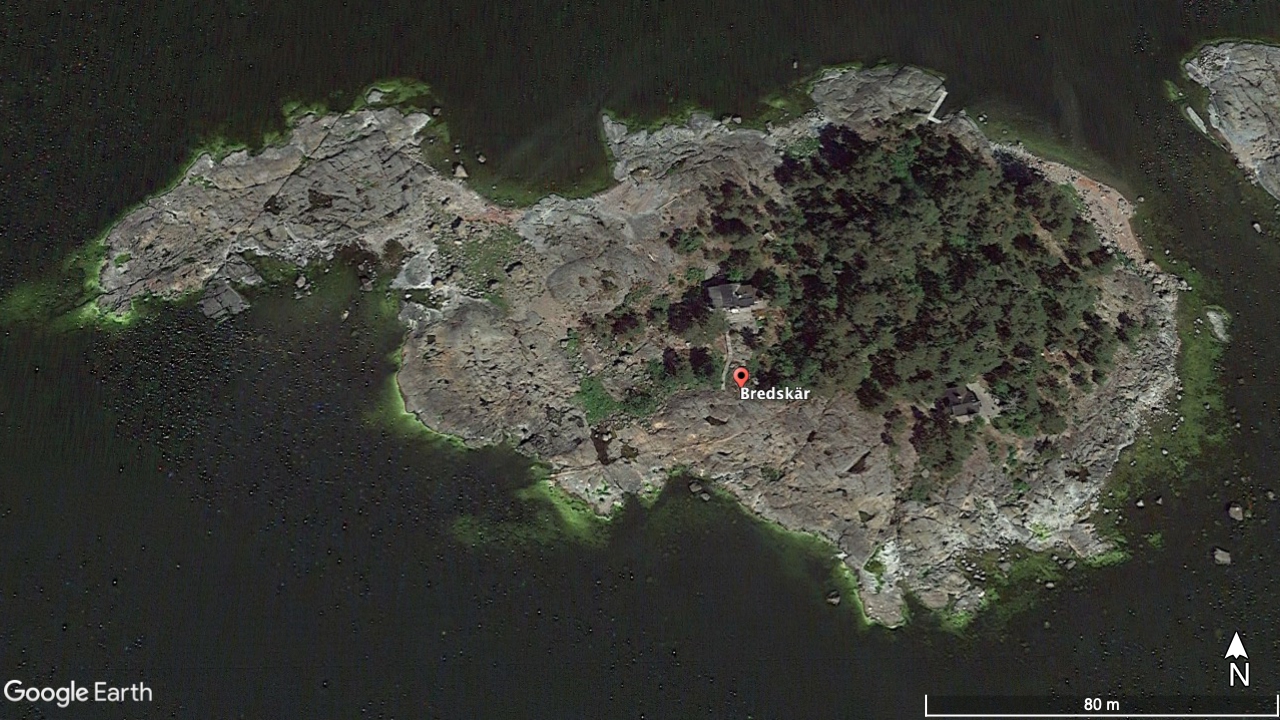 – Tove and her brother, Lars Jansson, bought the island of Bredskar in 1947 and constructed the ‘Vindrosens hus’ there. Image: Google Earth

One of her most pertinent fables in ‘The Summer Book’ to our theme of scale is ‘Playing Venice’. Sophia receives a postcard from Venice and her grandmother must explain why all the buildings are on water, how the city is slowly sinking into the sea. On the tiny little island in the Gulf of Finland, on which they spend their summers, there is a marshy pool in which Sophia and her grandmother construct a miniature model of Venice, complete with muddy canals, piazzas from flat stones, and palaces from marble found on the shore or carved from wood. There was a storm that night, and Venice does indeed get washed into the sea.

– When Bredskar became too busy for her, Tove and her partner, Tuulikki Pietila, built an even more remote cottage on the nearby island of Klovharun. In this video, you can visit Klovharun and hear Tove Jansson’s niece, Sophia Jansson, speak about her aunt’s island life.

One last little analogy Jansson uses that I wanted to dwell on, occurs when Sophia brings a friend one summer. The pair are told about potatoes; “Here’s what you do […] You plant a big one and it turns into lots of little ones. And if you wait, they all get big”. Jansson uses the analogy to contemplate the growing emotional maturity of people, but in our circumstances, I wonder too if it doesn’t also apply to the concept of Constable and Lucas making the mezzotint prints – they are smaller, more accessible to the masses than a big painting, each capable of reaching out and growing into a bigger idea itself.

Whether the medium is a visual or written language, our minds walk these hot dusty linear pavements and meandering trails, exploring a landscape in which we gather encounters. If Constable, Feininger and Jansson use their vignettes to draw our attention to their observations and focus our ideas, Certeau provides us not only with a method to understand them, but a framework in which to enjoy them.

Now I am grown up I often look at trees in awe, but perhaps also with a repressed longing. Maybe I should stop procrastinating and go and climb one? I revisited the two wooden bridges that cross two flowing rivers to take a closer look and explore them in more detail. 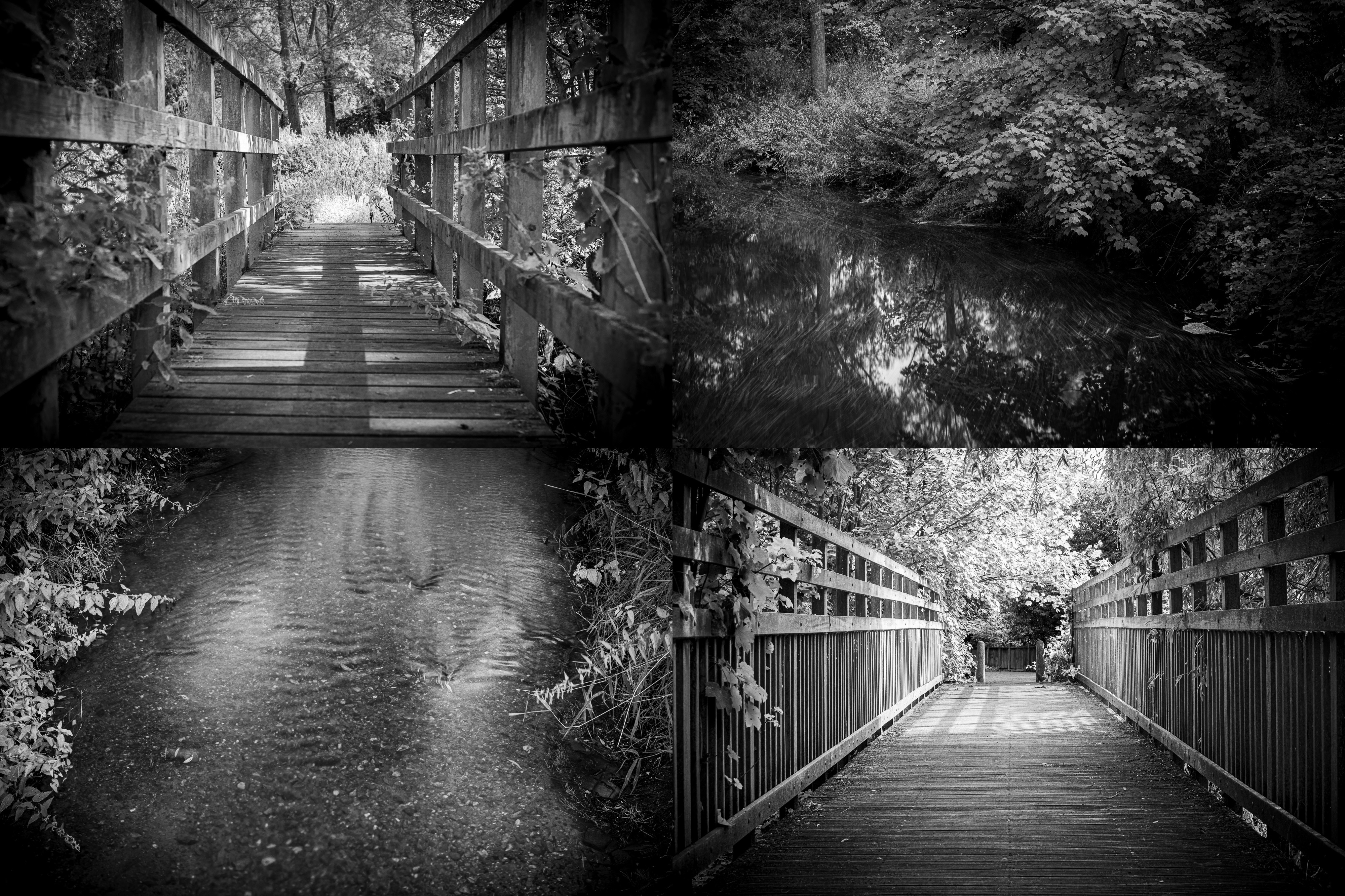