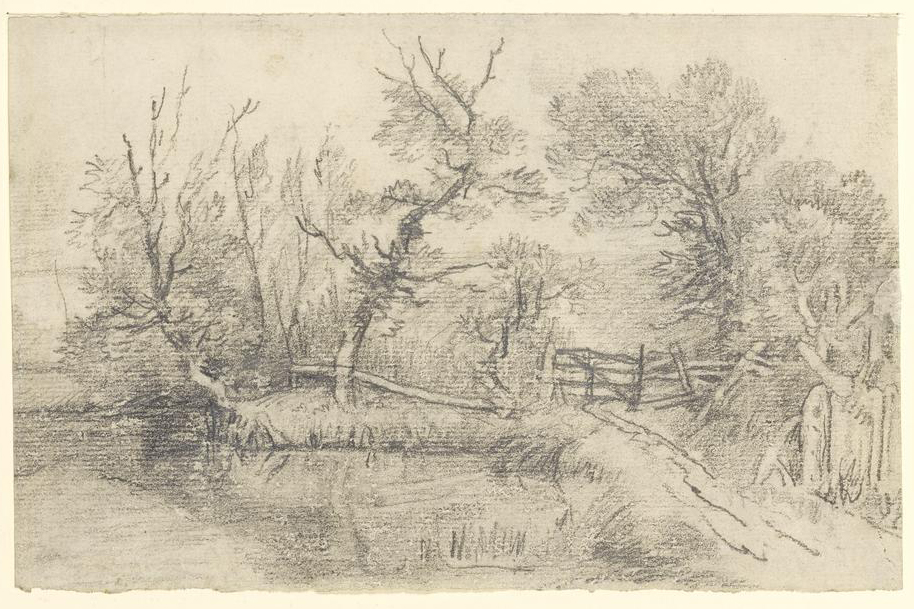 Walking the ‘Fairy-Land’
by Susan Owens

What would it have been like to go for a walk with John Constable? I have been thinking a lot about how people have experienced the landscape. In my book ‘Spirit of Place’ I wrote about an early hot-air balloonist astounded by the “Fairy-Land” that appeared below, and a seventeenth-century poet who descended into a Derbyshire cavern to discover what went on underneath (it made his ‘brains turn giddy, and [his] eye-balls ake’).

For every artist or writer who liked to contemplate the distant horizon I found others who preferred to get down on their hands and knees for a closer look. And there is also the question of adventurousness. While William Cowper felt ‘daunted by the tremendous height of the Sussex hills’ and made the same cautious walk each day near his Buckinghamshire home, Samuel Taylor Coleridge clambered up fells and rattled down scree slopes with a passion that bordered on obsession and an astonishing recklessness.

Coleridge is a hero of mine, but I would never have dared to scramble alongside him on his epic and frankly dangerous walks. Constable, though, is a different matter. In the years leading up to his marriage in 1816 he spent the summer months walking the lanes and towpaths near his family home at East Bergholt. ‘I live almost wholly in the fields and see nobody but the harvest men’, he wrote to his fiancé one August day in 1815.

He always carried a sketchbook in his pocket, and those that survive form a visual diary. He evidently kept stopping to draw the things that caught his eye, which he casually described as: ‘little scraps of trees, plants, ferns, distances &c. &c.’. Page after page, sometimes several tessellated on the same sheet, are views of corn fields, ploughing teams, cottages by mill ponds, green lanes, broken fences and labourers with scythes slung over work-weary shoulders – precious bits of Suffolk that he would salt away in his London studio until the time came to use them as source material for a painting.

What I am trying to say is that walking alongside Constable would have been to experience the gentlest of Suffolk terrain, with lots of opportunities to sit down to enjoy the sunny, showery, breezy East Anglian farmland he was determined to draw and paint from every angle.

Even better, though, would be to have shadowed Constable while he was out walking with his close friend John Fisher. It was Fisher to whom he confided his profound emotional attachment to the landscape. I cannot imagine any other painter of the time enthusing, as Constable once did in a letter to his friend, about ‘the sound of water escaping from Mill-dams, […] Willows, Old rotten Banks, slimy posts, & brickwork’. As an afterthought, he added: ‘I love such things.’

Dr Susan Owens is an art historian and former Curator of Paintings at the V&A; her most recent book is ‘Spirit of Place: Artists, Writers and the British Landscape’ (Thames & Hudson, 2020), which offers a wonderful, lyrical and panoramic view of the British landscape as seen through the eyes of successive generations of writers and artists. Susan describes how our landscape has been framed, reimagined and reshaped by their work and how these visions have impacted the way we view countryside. Susan was keen in spirit to join us on one of our walks (‘Ordinarily I would have been lacing up my walking boots in eager anticipation…’), but the timing wasn’t quite right this time. We are delighted that she could contribute this post imagining what it would be like to walk with Constable.