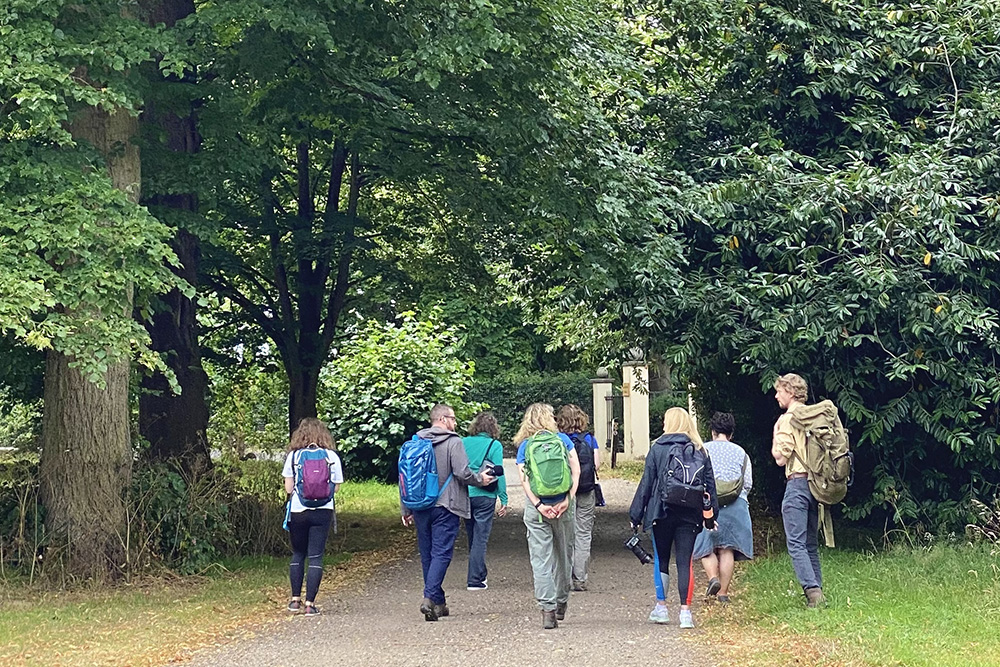 Katie Hayward is a photographer who lives and works in the heart of Constable Country. She joined us for Walk B, documenting it through the beautiful photos shown below.

– Images from Walk B, Katie Hayward, by kind permission.

We spoke to Katie about how she came to landscape photography, what it’s like to work with Constable “breathing down the back of your neck”, and the affinity which she began to feel with him when, seeking catharsis during the lockdowns, she walked the places he’d painted. You can read a transcription of the conversation below, and listen to the audio using the player at the bottom of this post. 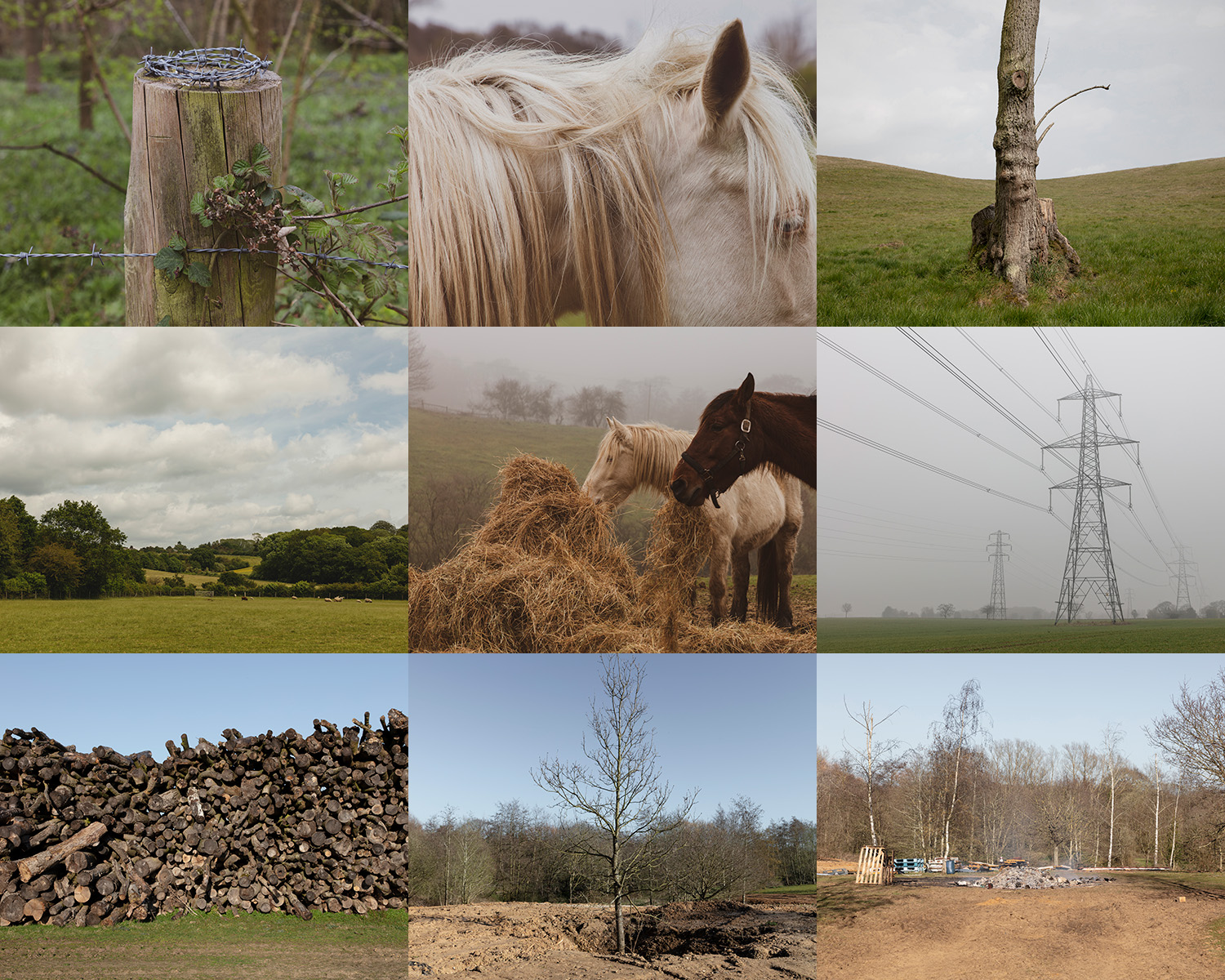 In the recording Katie talks about some of her other photography projects. The first group, above, are from the project AONB (Area of Natural Beauty), an attempt to get under the skin of one of England’s most idealised landscapes. The second group, below, are from the project All Days are Sunday, Katie’s record of lockdown, reminiscent of childhood Sundays when the shops were shut and the streets were empty. 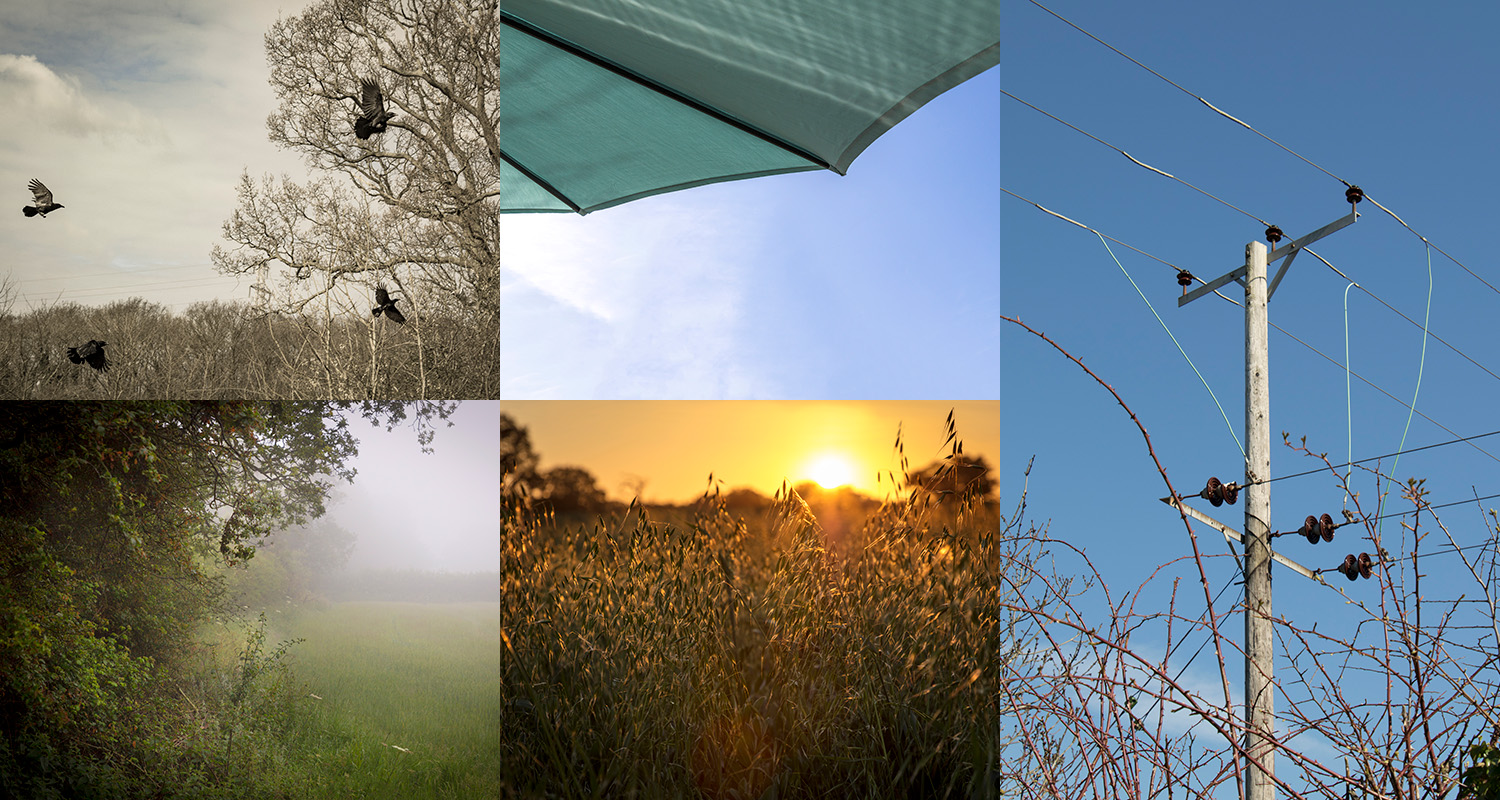 – Images from ‘All Days are Sunday’, Katie Hayward, by kind permission.

Kate Noble: “I was just asking Katie who was saying she’s got a bit of an obsession with John Constable. And I was asking her to talk about that.”

Katie Hayward: “Yeah, it’s more to do with the emotional side of it and the sort of relationship to home and to place, just sort of something, I find quite interesting in what I do with my own photographic artwork and stuff. I mean, I’ve always been interested in his artwork. But what sort of drew me a bit further in was we actually relocated to this area a couple of years ago during lockdown. And because I was in obviously Constable country, naturally, you start to be curious, you start digging a bit deeper, and it was all sort of in the middle of COVID, still. And I started sort of researching and finding out about the industrial revolution that was sort of evolving at the time where he was really having a bit of a love affair with the landscapes that surrounded him, and how his depictions really lack evidence of that. And it’s almost like they were a deliberate form of denying it or escaping it or pushing it away and fear of it encroaching in on the landscape. And, yeah, I sort of got a real sense of that. And it sort of correlated with what I was doing at the time, which was going out walking to try and escape from all the horrendousness that was going on around us and this virus that was sort of trying to infiltrate our lives and how we can go about them. So yeah, I sort of felt like there are some parallels there. And it was really interesting and intriguing, the refuge in nature, and the solace you find in the landscape. And it’s kind of like therapy, in a way. I find that for myself as well, sort of going out walking or being in amongst it just makes you feel so much better. And I thought perhaps that was how he felt with the Industrial Revolution. And his fear of it all being lost. And yeah, yeah, pretty fascinating. And so that aspect of a rose-tinted view of things, because when you want to give a good impression, you show the best parts. And I think perhaps that was evident in his work as well. He was sort of tweaking compositions and making it slightly different to show it in its best light…”

[Later in the walk]

Tom Crowley: “Katie, were you into Constable before you came here?”

Katie Hayward: “So, I can remember when I was doing my A-levels, I started to look at his work then and was quite fond of it. I grew up doing a lot of country walks and stuff with my family. So going out walking and stuff was something I was quite familiar with, something I liked, it was quite a positive experience. But yeah, when I was doing A-level art, it was his work that I was drawn to. And I ended up producing a landscape painting of my own as my A-level piece. So, it was then when I first started to become interested in him really. Yeah. And then later on in life, I decided to quit my job as a payroll manager, which was, yeah, a good decision, and decided to go to uni and get my photography degree and I sort of reconnected with his work then really, as I rediscovered my love for creative aspects and stuff and the landscape as well. So yeah, it’s nice to sort of come back to his, his work and revisit it alongside my own journey with landscape artwork. Yeah.”

Tom Crowley: “Where were you before you moved to Suffolk-Essex Constable land?”

Katie Hayward: “I’ve always lived in Suffolk. I was born in Bury St Edmonds. And, yeah, and grew up there. I moved up to the coast for a couple of years, five years ago with my fiancé and then came down to Assington two years ago. So yes, it was good to actually be living in Constable country. To sort of immerse yourself in there. In the same landscapes that were his inspiration, which was really nice, actually.”

Tom Crowley: “Yeah. Do you find yourself sort of looking at individual works and sort of responding to those with this immediate landscape? Or is it a sort of less direct link?”

Katie Hayward: “Do you know it’s hard to go out and photograph Constable country without it looking like you’re trying to imitate? It’s really difficult to do and to try and put your own artistic voice on it. Because it’s so well preserved to look how it did, then it’s almost like you can’t really get away from it. It’s like he’s kind of breathing down your neck a bit. Do you know what I mean? It’s really quite an odd thing. So, you have to, sort of work a bit harder to try and find your own story and your own views within what is essentially a living - his living masterpiece really. That’s essentially Constable country, isn’t it?”

Tom Crowley: “Because it’s sort of preserved to try and be like, as close as possible to how it was when he was painting his paintings?”

Katie Hayward: “Of course, Gainsborough and Munnings and the others that sort of are well-known for this area as well, it’s, you know, I mean, Constable Country is most well-known for John Constable. But yeah, it’s quite an odd thing to try and go out and create your own work that you’re not intentionally trying to make look like a painting or a Constable type composition, but because it’s preserved to retain what he painted, it’s hard to do. Sometimes you do have to be a little bit more sort of, say, creative, I suppose, or try to sort of think outside the box a bit and find your own way. And what is essentially a landscape…”

Katie Hayward: “Yeah. So, I try to with my work… umm there are elements where you look at some of the images where they look almost painterly. But there’s also images, which are… they’re like, sort of punctuated reality checks. So, I think there’s images on there of a load of waste that’s been set on fire, and some horses and varying things that are sort of reminders that there’s real life that goes on behind or beneath the surface. To try and sort of put my own story on it, my own narrative, and tell my own version of events and convey what I see and how I experienced it as opposed to trying to imitate or tell his story, I guess…”