Home / Blog / Can a computer paint a Constable? 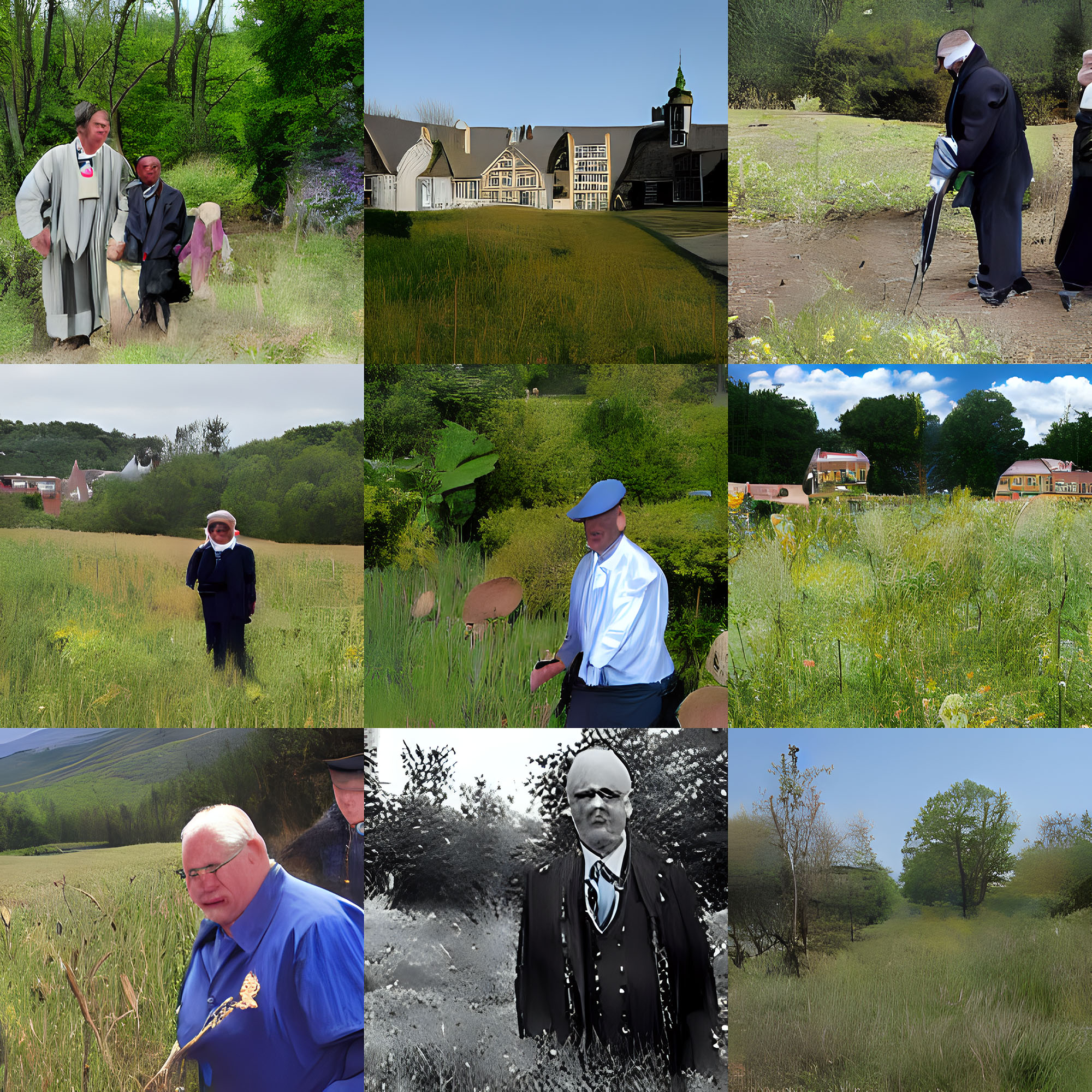 Can a computer paint a Constable?
by Andy Corrigan

When we were discussing the text that Constable wrote to accompany the print ‘East Bergholt, Suffolk’ on Walk B, we were struck by how descriptive he was and if he was trying to add dimensions beyond what was possible with monotone printing. His text might perhaps make good Alt-Text that could be used to describe an image to someone who is visually impaired.

So that got me thinking - what would we get if we put Constable’s words into an AI image generator?

I first copied the text Constable wrote for the print ‘Spring’ and pasted it into a keyword generator. There are lots available online, I used this one: https://monkeylearn.com/keyword-extractor-online/

Then I inputted the resulting keywords into an online AI art generator, for these examples I used this one: https://neurogen.art/. These tools use the words you input to generate an image using it’s neural network. 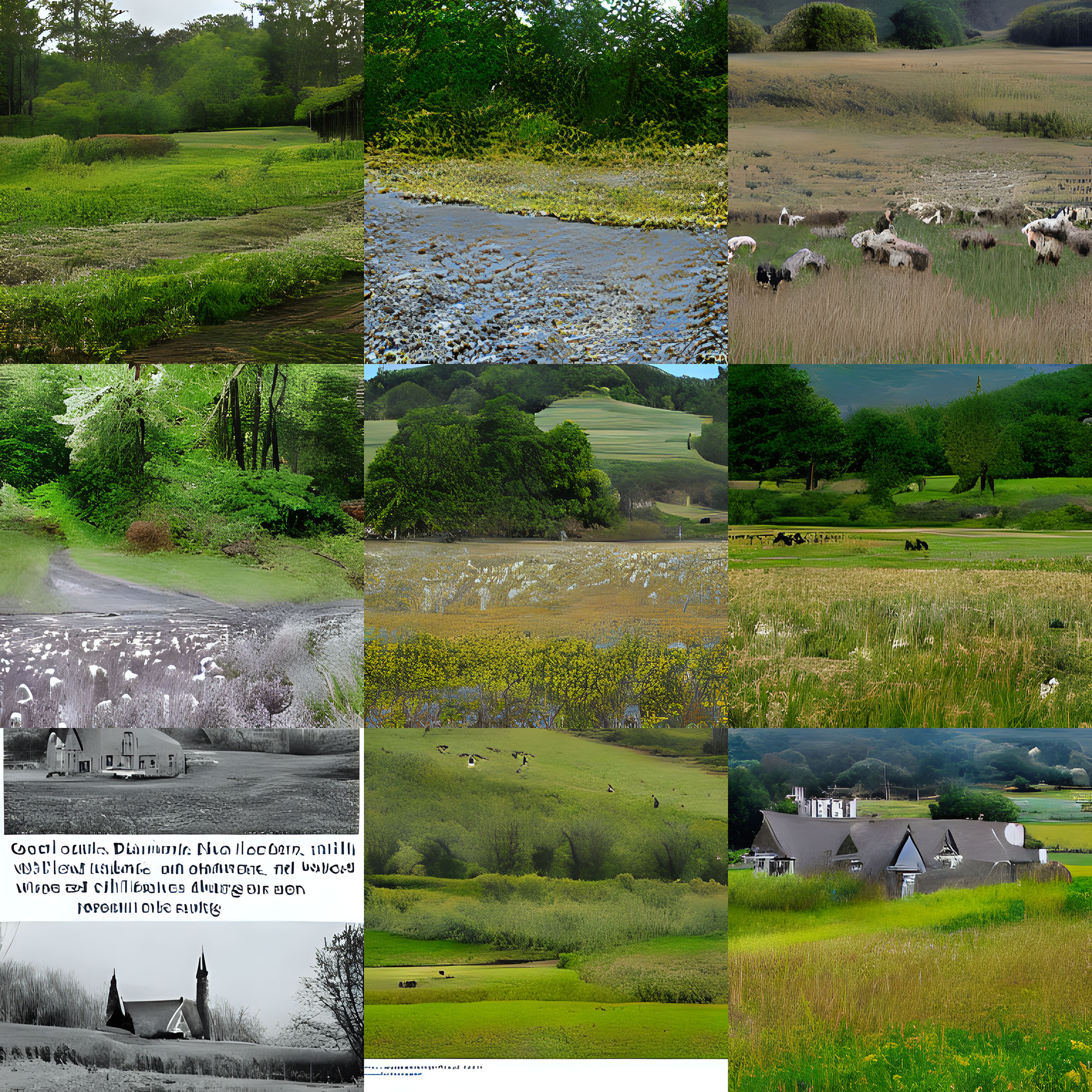 The list of keywords extracted for the first text was:

gentle declivities, the luxuriant meadow flats sprinkled with flocks and herds, and well cultivated uplands, the woods and rivers, the numerous scattered villages and churches, with farms and picturesque cottages

The image above is the result generated from this - there’s certainly something “Constable-y” about the images!

The second image is generated using the keywords extracted from ‘East Bergholt, Suffolk’:

The figures in the images are incredibly strange, yet there are recognisable features - one looks almost ecclesiastical, one looks to be wearing a beret and is perhaps a suggestion of an artist? The monochrome figure, on the other hand, looks like something from a horror movie! 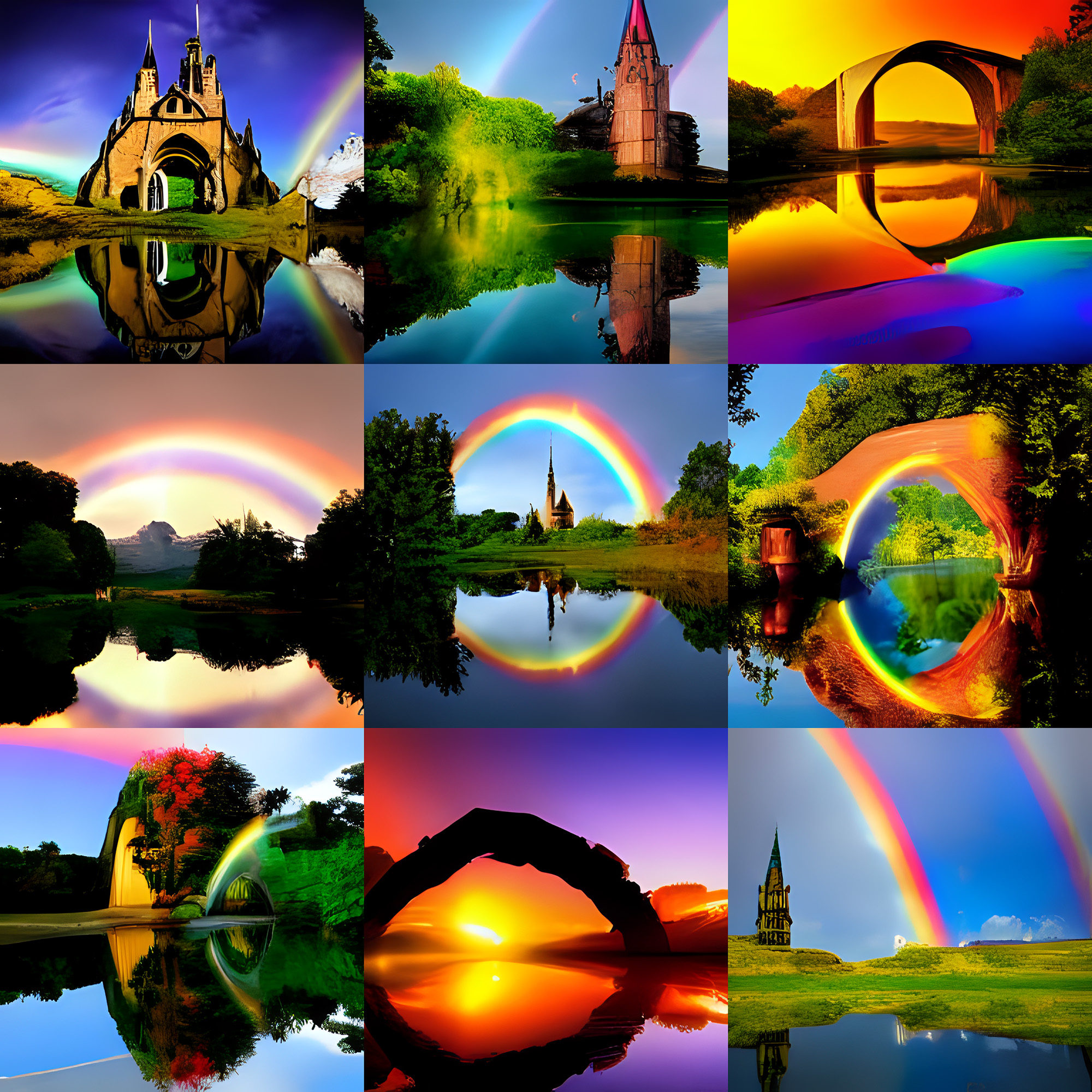 Finally, for the third image, I tried a couple of slightly different routes, the method I had used for the first two resulted in images that were heavy with attempts by the neural network to render graphic words. So I wondered if I was perhaps asking too much or inputting too many keywords. I tried another keyword extraction tool (https://www.cortical.io/freetools/extract-keywords/) which gave me a much smaller, more refined list:

The results are striking, brightly coloured and sharing some similarity with the print ‘Stoke-by-Neyland, Suffolk’, which you can see below, and were generated using the accompanying text by Constable. Another striking feature is how the neural network has imagined arch-shapes that have a distinctly ecclesiastical form. These draw together the forms of churches and other suggestively man-made structures such as bridges, with the natural forms of rocks and rainbows, in an evocative coincidentia oppositorum.

For a quick experiment, I was amazed by the results!

Amendmant 11/07/22: Serendipitously, the morning after I posted this, an article exploring some of the debate around the use of AI in art was published, which might give food for thought: Dall-E artificial intelligence art